„Loopi has an interesting approach, it would be nice if there were more such public toilets in the future.“  Official Green Product Award Statement

LooPi® is an autonomous plant-based unisex urinal for public spaces. Flushing water is treated in an integrated vertical constructed wetland, and reused for flushing. The plants take up the nutrients, thereby cleaning the water. Surplus nutrients are absorbed at biochar, made from agricultural residues. Saturated biochar can be used as soil conditioner. LooPi® can be used contactless and hygienic by all genders, including children. LooPi® is made of stainless steel and includes 200 plants from 30 species. LooPi® is both: a functional urban green infrastructure and a public sanitation facility.

The Green Product & Concept Award is awarded annually to products & concepts that stand out in terms of design, innovation & sustainability. The best 100 products and concepts were nominated. The winners came from Germany, India, Canada, Netherlands, Austria, Spain, Taiwan, USA, among others. They were presentedduring the award ceremony by jurors – Katja Reich (DBZ), Tina Kammer (InteriorPark.) Prof. Kiersten Muenchinger (University of Oregon), welcomed and awarded.

You can watch the record of ceremony 2021 online. 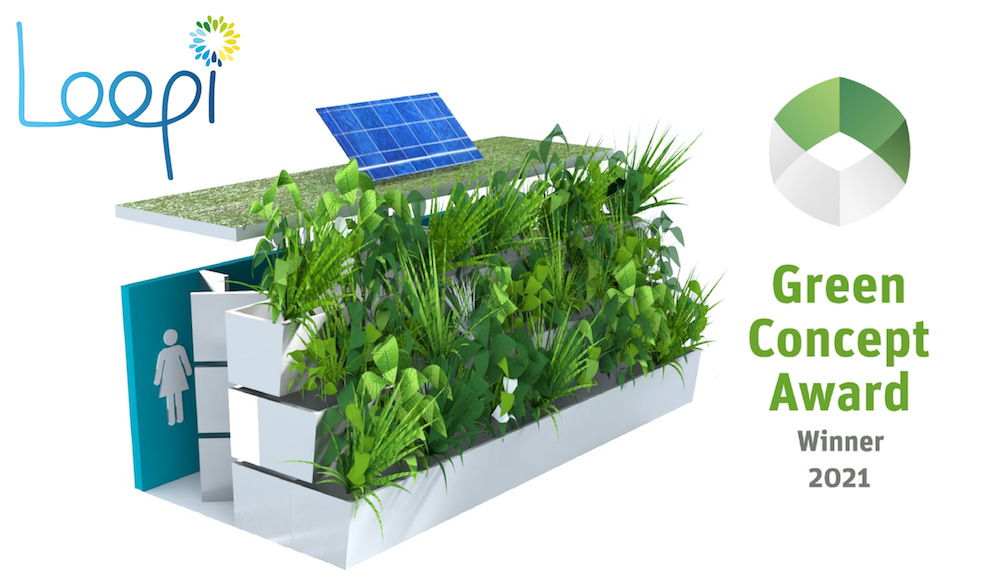